There are 113 images in this category.

Celebrate one of the finest drivers of a generation with one of our Lewis Hamilton photos and prints. In 2021, Hamilton was knighted by King Charles III after his seventh Formula One championship victory, receiving a knighthood and being the only Formula One racing driver to receive a knighthood while still being active in his career. From the highs to the highlights, at Sport Photo Gallery we’ve got an extensive library of purchasable photos documenting Hamilton’s career. From his Formula One journey to his Royal recognition, we’ve got everything covered.

Lewis Hamilton is undoubtedly one of the greatest Formula One drivers of all time. From the moment he burst onto the F1 scene with a record breaking debut season at McLaren, it was obvious that this was someone special. Making your debut into a fiercely competitive sport in a team steeped in F1 history, not to mention competing alongside an older and more experienced Fernando Alonso, himself one of the greatest drivers of all time, is daunting to say the least. It didn’t seem to phase Hamilton though, who set about winning races and becoming the youngest ever driver to lead a World Championship.

The following year, he won the title in spectacular fashion, nipping the title from Felipe Massa on the last corner of the last lap in the last race of the season and becoming the then-youngest ever winner of an F1 championship. Following that glittering start, Hamilton then struggled for several seasons in uncompetitive cars (although he still managed to eke out at least one win in every season), before a move to Mercedes and the start of the turbo hybrid era at last put him in a car to match his abilities.

Hamilton has faced unfair criticism that his successes have simply been down to his car, but amongst those in the know (and even by his fiercest rivals), Hamilton is regarded as one of the greatest drivers of all time. He has modeled himself after his idol Ayrton Senna, and his exceptional one lap pace and unmatched wet driving capabilities have made him a formidable opponent, and on some days, he is simply unbeatable.

His glittering career has made him one of our most popular sports stars and produced any number of memorable moments. Celebrate some of his best with our collection of Lewis Hamilton photos and prints, available in high definition from Sport Photo Gallery.
In 2021, Hamilton was knighted by King Charles III after his seventh Formula One championship victory, receiving a knighthood and being the only Formula One racing driver to receive a knighthood while still being active in his career. From the highs to the highlights, at Sport Photo Gallery we’ve got an extensive library of purchasable photos documenting Hamilton’s career. From his Formula One journey to his Royal recognition, we’ve got everything covered.

Why order with Sport Photo Gallery?

How to buy Lewis Hamilton photos at Sport Photo Gallery

Unlike other photo providers, we don’t waste your time with long confirmation delays. When you order with us, you’ll be in charge of your custom options - if you want any. Whether you’re creating something unique or simply want high-quality Lewis Hamilton photos delivered to your door, our ordering process simplifies everything.

Before beginning your order, have a look at our extensive catalogue of Lewis Hamilton photos. From photos of Hamilton receiving his knighthood, to his most controversial champagne-popping victories, our Lewis Hamilton collection goes back to his McLaren days in 2007.

Once your photos have been picked out and you’re happy with your selection, it’s up to you to add custom options. You can add colour tinting, and even resize your photos to fit your own frames. You’re also free to leave your photos untouched - they’ll still be fantastic without the add-ons.

Once we’ve confirmed your order immediately, all you need to do now is wait on the postman. Our production process is streamlined and simple: we can even get your order to you in the same week you placed it.

If you want your order to arrive as soon as possible, you’ll need to have placed your order by 6pm on any weekday; we aim for all our weekday orders to be delivered within 2-3 days. Note: these time frames may sometimes change due to strike action or logistic problems outwith our control.

Do we deliver internationally?

Lewis Hamilton is a global racing icon, having won racing championships around the world for over ten years. If you’re a Lewis Hamilton fan living abroad, you’ll be happy to know that we ship our photos internationally . We ship to the EU and most overseas territories.

If you want to create a gift or make a timeless keepsake out of your Lewis Hamilton photos, we offer the following additional services and add-ons:

Our photo catalogue is updated with new sport photographs every day, including new Lewis Hamilton photos and other Formula One photography. However, with so many championships and so little time, you’ll forgive us if we’ve missed a Hamilton moment that you’d like to remember.

If you can’t find a particular Lewis Hamilton photo, we advise you to fill out our photo request form. We’ll do our best to source the photograph and offer it to you via our website at no extra cost. If you have a customisation idea but you don’t see it mentioned on our page, you can take a look at our photo customisation FAQs to see what else we offer. 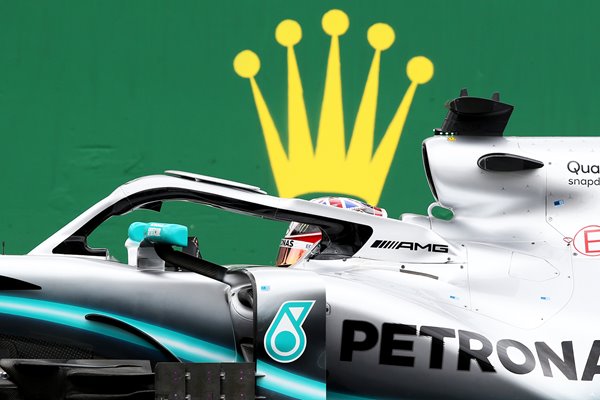 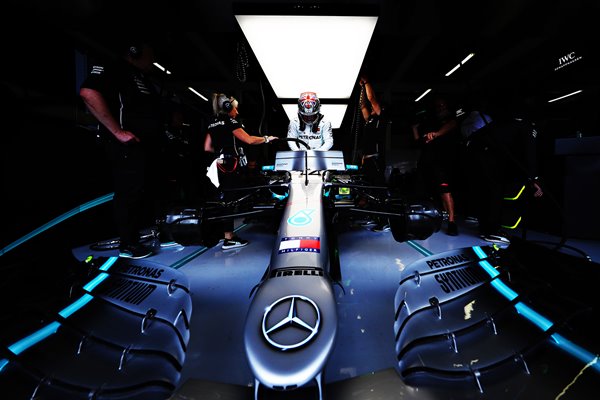 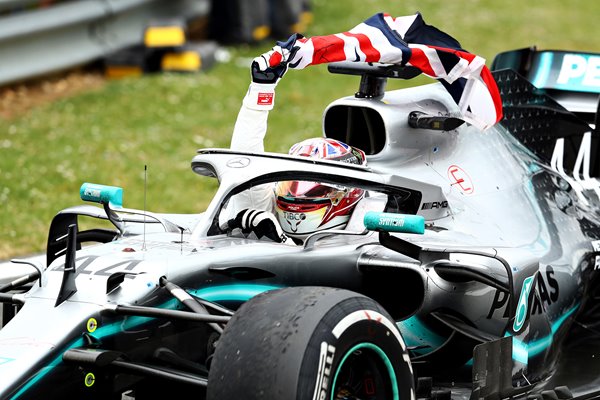 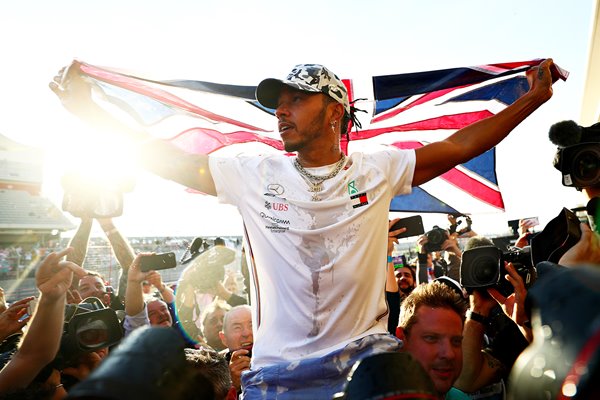 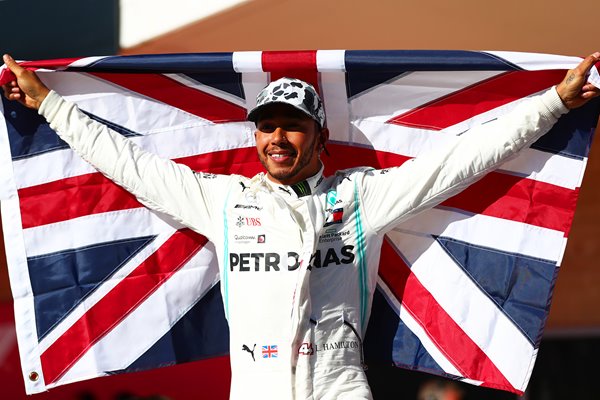 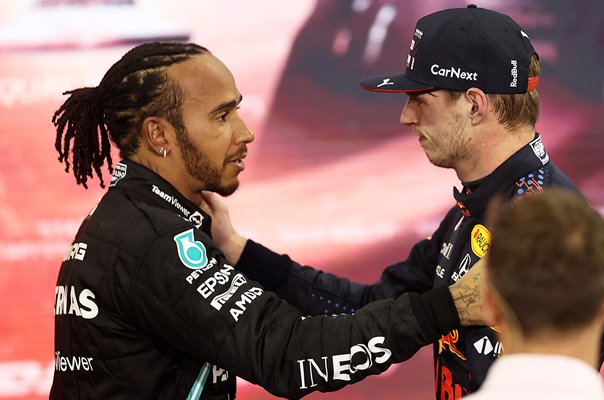 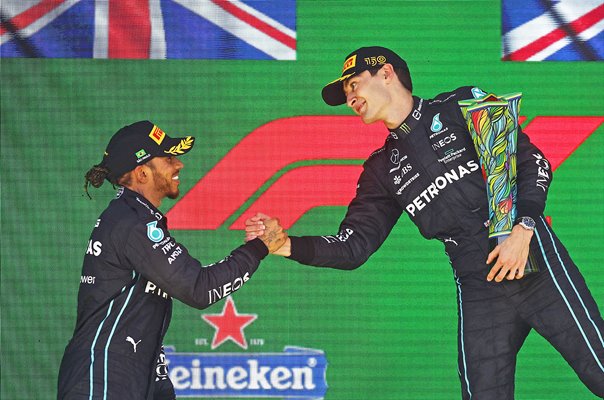 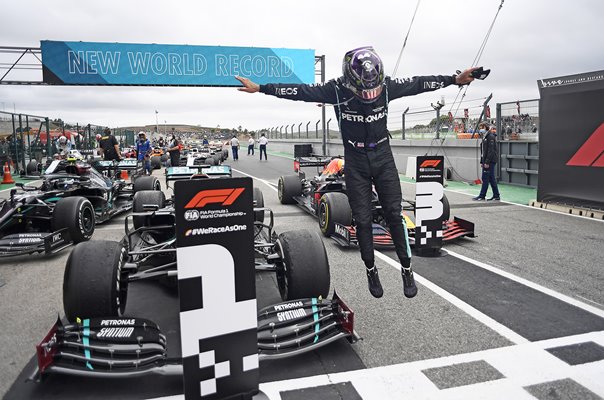 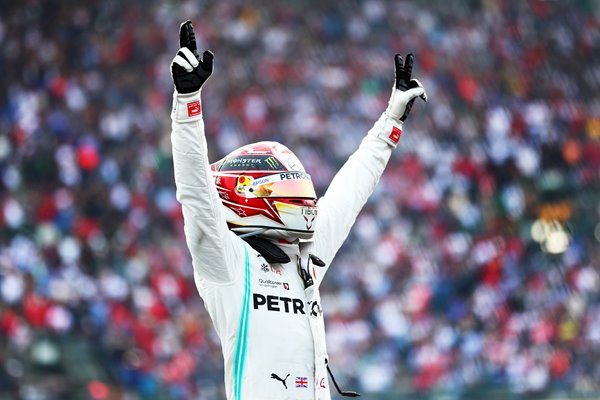 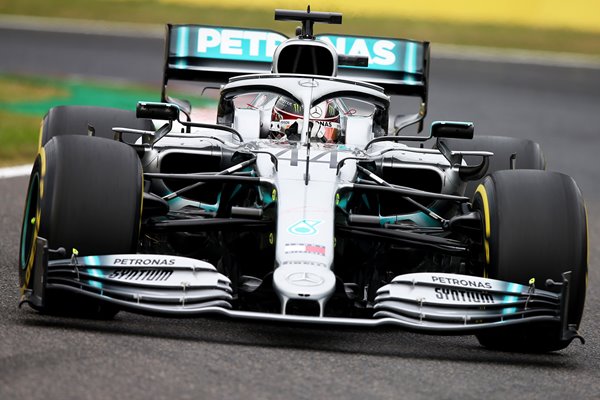 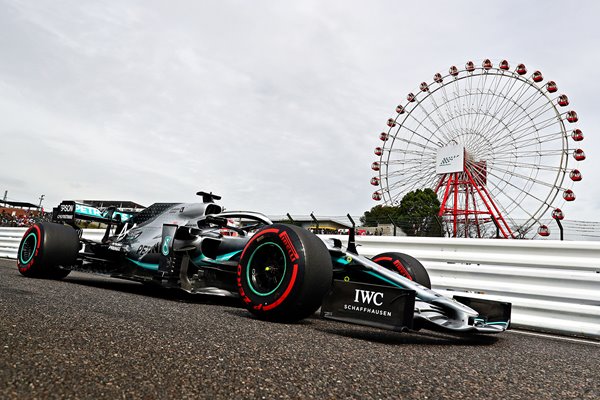 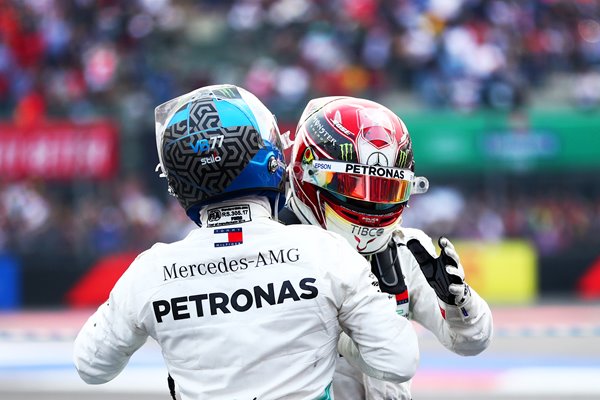 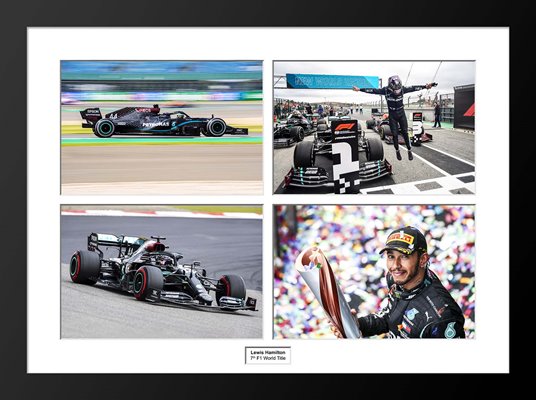 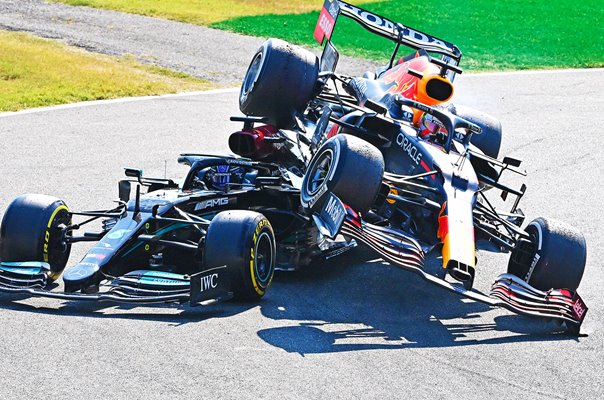 There are 14 more items