There are 1 images in this category.

Filters
View more View less
Celebrate one of the finest drivers of a generation with one of our Lewis Hamilton photos and prints.

Lewis Hamilton is undoubtedly one of the greatest Formula One drivers of all time. From the moment he burst onto the F1 scene with a record breaking debut season at McLaren, it was obvious that this was someone special. Making your debut into a fiercely competitive sport in a team steeped in F1 history, not to mention competing alongside an older and more experienced Fernando Alonso, himself one of the greatest drivers of all time, is daunting to say the least. It didn’t seem to phase Hamilton though, who set about winning races and becoming the youngest ever driver to lead a World Championship.

The following year, he won the title in spectacular fashion, nipping the title from Felipe Massa on the last corner of the last lap in the last race of the season and becoming the then-youngest ever winner of an F1 championship. Following that glittering start, Hamilton then struggled for several seasons in uncompetitive cars (although he still managed to eke out at least one win in every season), before a move to Mercedes and the start of the turbo hybrid era at last put him in a car to match his abilities.

Hamilton has faced unfair criticism that his successes have simply been down to his car, but amongst those in the know (and even by his fiercest rivals), Hamilton is regarded as one of the greatest drivers of all time. He has modeled himself after his idol Ayrton Senna, and his exceptional one lap pace and unmatched wet driving capabilities have made him a formidable opponent, and on some days, he is simply unbeatable.

His glittering career has made him one of our most popular sports stars and produced any number of memorable moments. Celebrate some of his best with our collection of Lewis Hamilton photos and prints, available in high definition from Sport Photo Gallery. 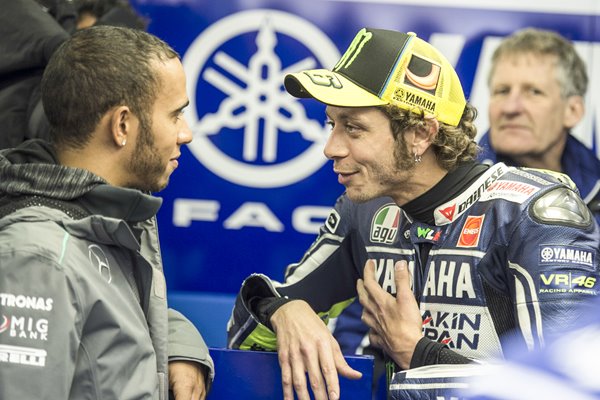 The Motorbike racing pictures range includes great images from Moto GP to the Superbike classifications - the selection includes all of the big names from the current giants of the sport - Valentino Rossi and Casey Stoner to the legends of the past - Mick Doohan, Barry Sheene and many more.

CAPTURE THE EXCITEMENT WITH A MOTORBIKE RACING PICTURES

If you are looking for that special moment or a great photo of your favourite rider Sport Photo Gallery is the place for you. Choose from the many print and mounting options for the perfect addition to your walls - or indeed the perfect gift for the motorbike racing fan.

We are continually adding to the selection but if you cannot find specific motorbike racing pictures contact the Sport Photo Gallery team offline or through the Photo Request page and we will have a look for that image for you via our source photographers.