There are 20 images in this category.

The great man himself

If you are a big fan of Diego Maradona then you will know that during his 21-year professional career he scored an amazing 259 goals. Maradona was only 15 when he started his football career. He also appeared for his team in 490 official club games. This great man is often regarded as one of the greatest players to ever grace a football pitch. He has played in four world cup tournaments and captained his Argentina team to a win during the 1986 one.

As you may or may not remember 1986 was quite a famous world cup appearance for Diego Maradona. Not only did his team win the world cup trophy but everyone remembers the Argentina vs England match where the ‘hand of god’ happened. While on the topic of England’s defeat, Maradona made it into the history books for two very different reasons. One is the hand of God already mentioned. The other was the amazing goal he scored when he passed five England players and scored the ‘goal of the century’. This was voted for by Fifa.com voters in 2002.

The 1986 world cup was the most exciting one and during the whole tournament, there were 53 fouls made against Diego Maradona. He definitely felt targeted but he enjoyed this as it means everyone saw him as the competition and tried to take him out.

Here at the sports photo gallery, we provide a wide variety of your sporting hero. You can buy maradona photos and posters in many sizes and designs. You can get a photo of Maradona kissing the trophy, playing the sport he loved, and even celebrating as a manager. Whether you are decorating your man cave or simply hanging it in your bedroom or office, we have everything you could ever want and need.

We also give you the choice of whether to keep it in its original colour or transform it into a black and white photo to give a more dramatic effect. Ranging in sizes from extra small which is 9x6 inches, all the way up to SS+ which is a whopping 45x30 inches. You will be sure to find something.

If a photo or poster just won’t cut it then we are able to frame them for you with a mixed availability of colours. We can also put the image onto a canvas, this looks amazing when hung on the wall.

Each and every time you look at your new photos or Maradona posters you are remembering the great man who unfortunately passed away at the age of 60. He had a great career from junior football player to Manager. The prints you receive will always be of the highest quality and will definitely stand the test of time.

If there is a specific photo you are looking for but cannot see then please don’t hesitate to contact us and we will try and source the image for you. We will always do the very best for our customers. 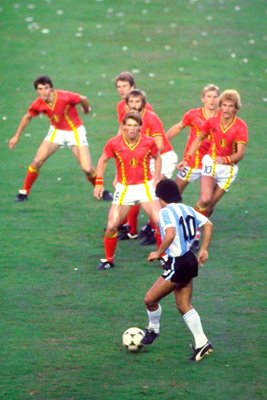 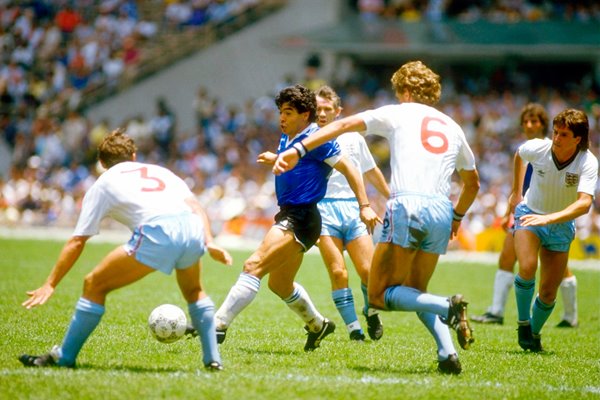 Diego Maradona of Argentina and Sansom and Terry Butcher of England 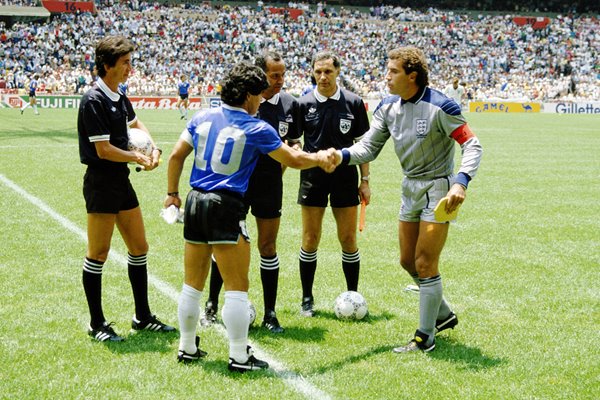 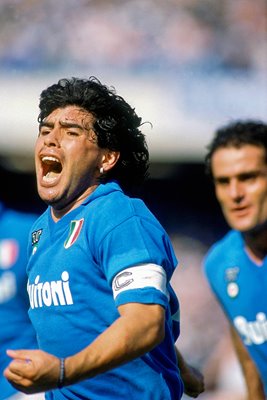 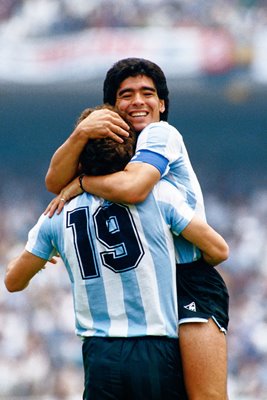 Argentina vs Republic of Korea 1986 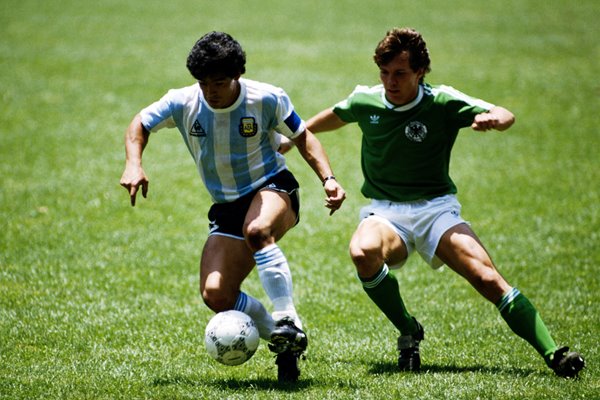 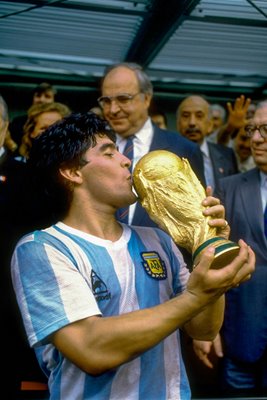 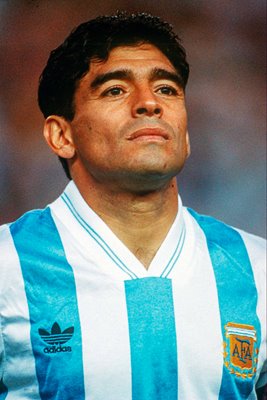 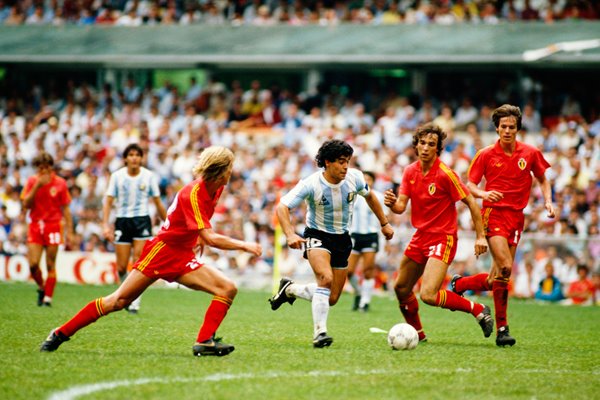 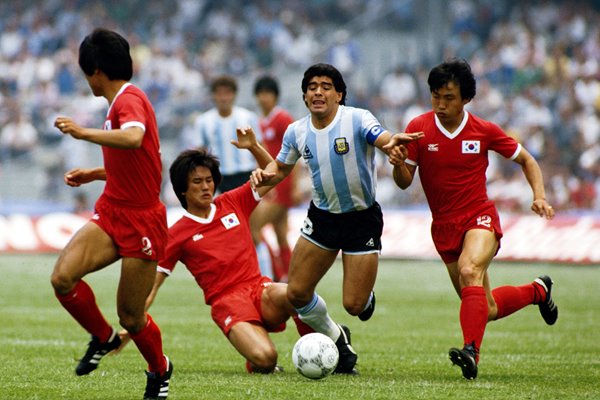 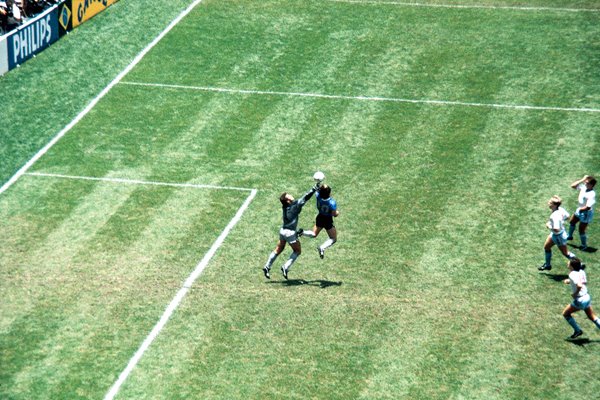 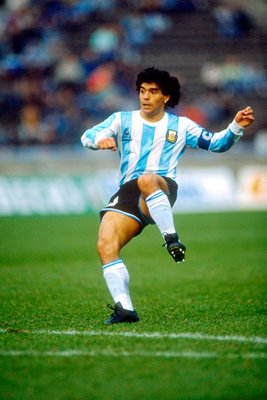 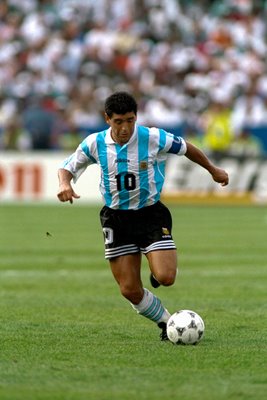 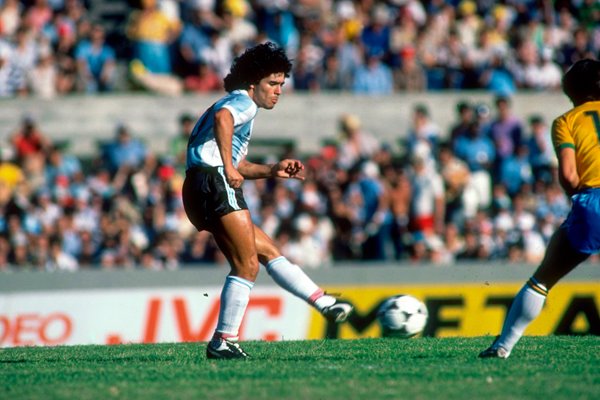 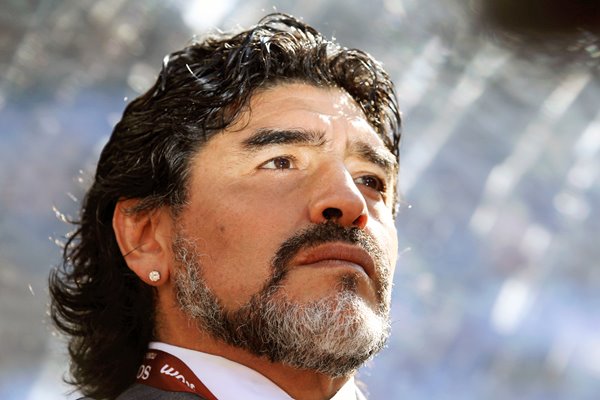 Diego Maradona vs Republic of Korea