There are 43 images in this category.

Filters
View more View less
A few special people transcend the sport in which they made their name. Muhammad Ali is one of those people - and we have an impressive selection of top quality photos and prints of his best moments.

Widely regarded as one of the greatest boxers, and indeed one of the greatest athletes, of all time, Ali’s name is legend within the sport. He was involved in some spectacular fights, from his shock win over Sonny Liston, to the ‘Thrilla in Manilla’ against Joe Frazier, to ‘The Rumble in the Jungle’ against George Foreman. A perfect showman, Ali was known for his often zany interviews and pre-match trash talking, and coined several well-known phrases (including the famous ‘float like a butterfly, sting like a bee’).

Outside of the boxing world, Ali was a towering figure in the civil rights movement and an icon for counterculture protesters. His stance as a conscientious objector against the Vietnam War cost him some of the best years as an athlete, but made him a hero to millions. His outspoken stance against racism and philanthropy further cemented his status. In later years, he tried his hand as an actor and even became a Grammy-nominated musician!

Ali is an absolute icon both in and outside of boxing, and remains one of our most requested sportsmen. With our selection of Muhammad Ali photos (available in print, poster, and canvas), you can celebrate the life and career of this true global megastar. 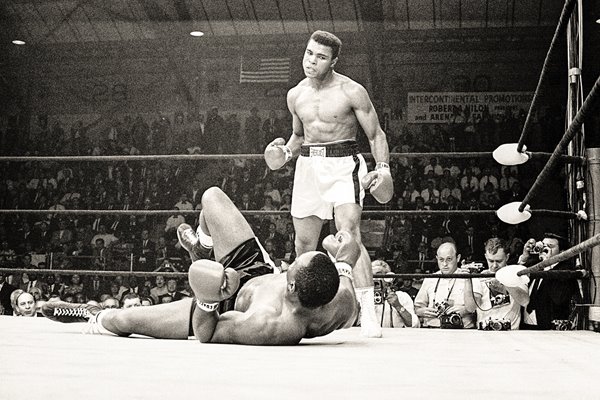 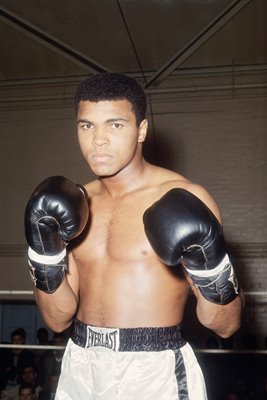 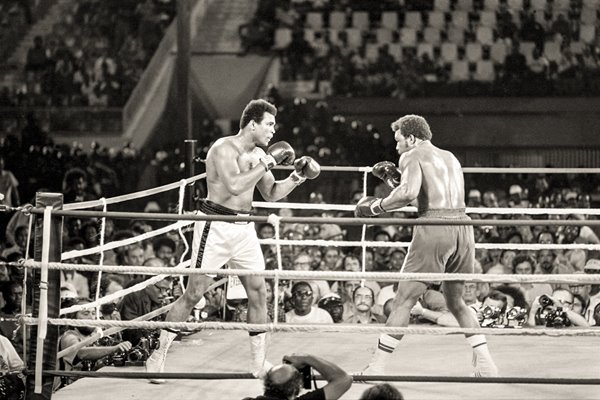 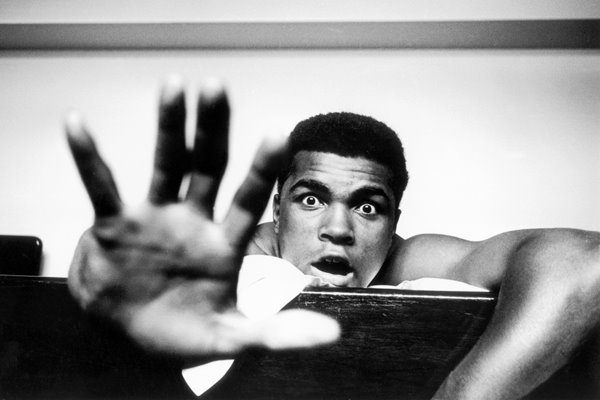 Muhammad Ali Give Me Five 1963 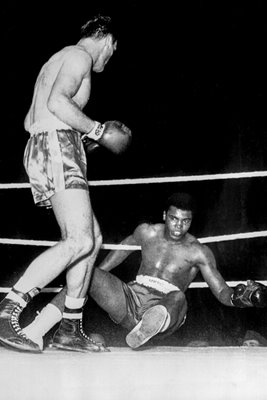 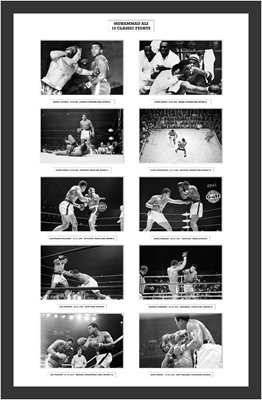 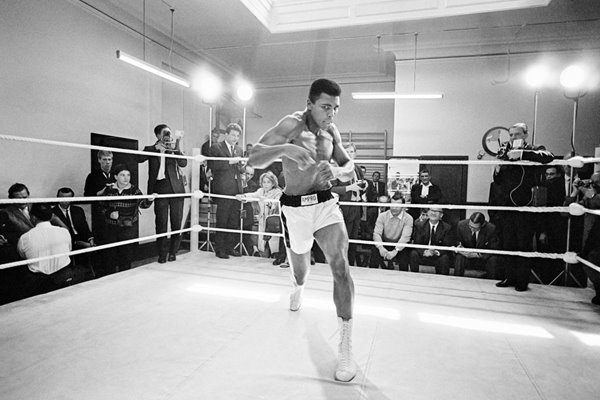 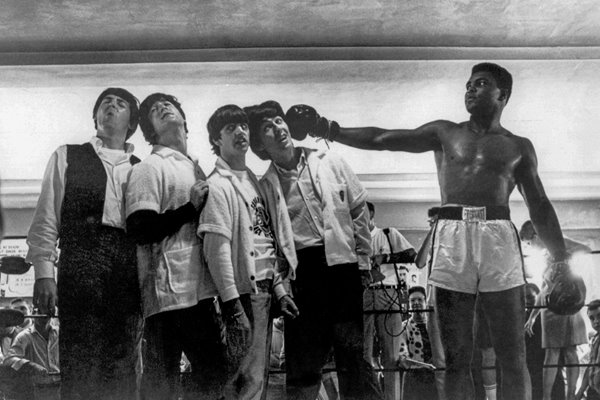 Cassius Clay and The Beatles 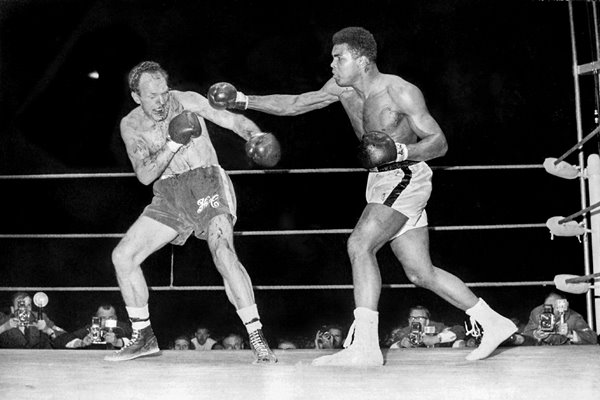 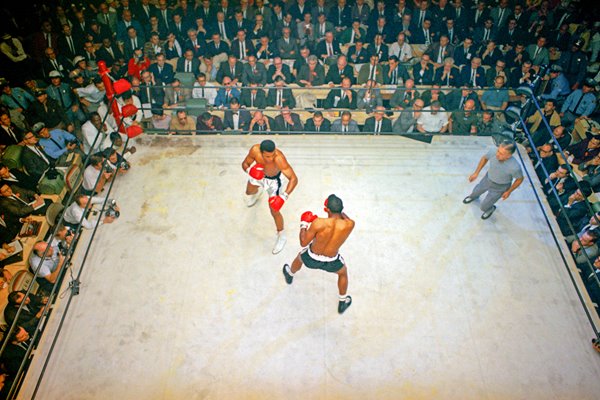 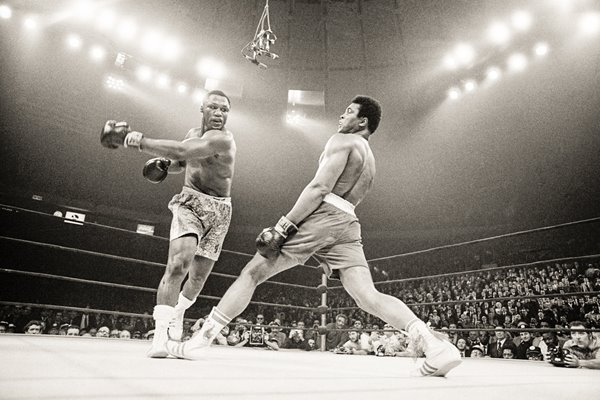 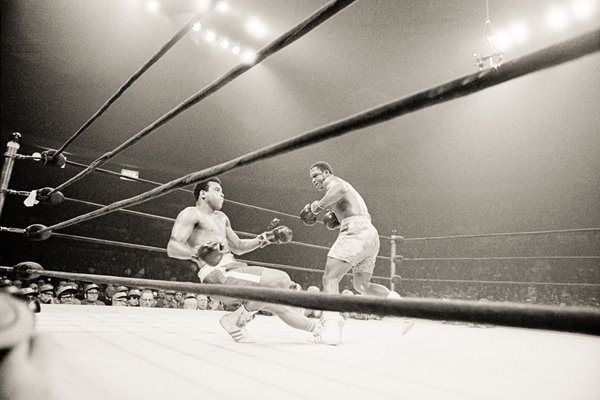 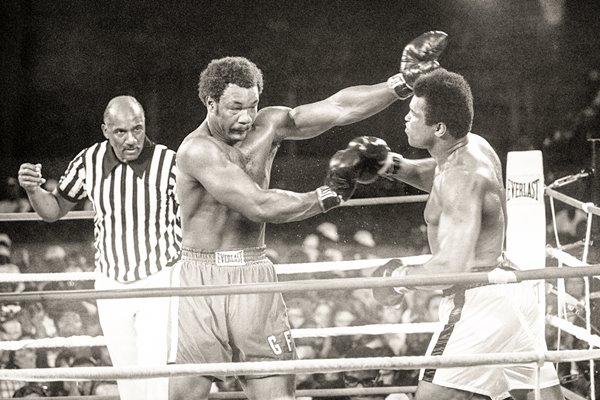 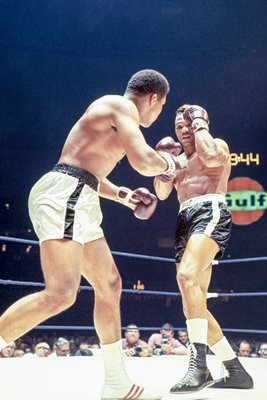 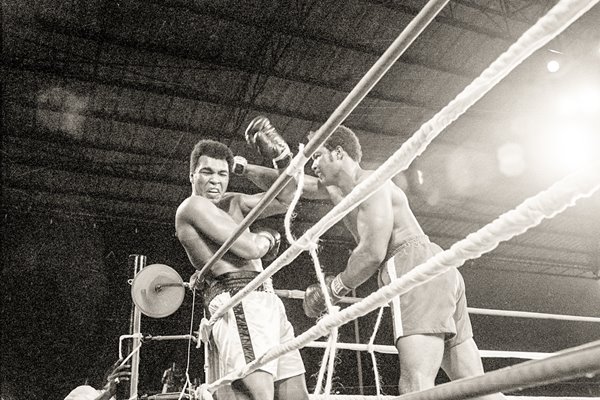 "I shook up the World"

George Foreman Rumble in the Jungle 1974

Sonny Liston on the canvas