There are 397 images in this category.

Filters
View more View less
Four-time major champion Rory McIlroy is an iconic figure in British and Irish golf, and is consistently one of our most requested sportspeople. We stock a range of quality Rory McIlroy photos available in a number of premium formats.

Born in County Down, McIlroy showed exceptional talent and promise from a very young age. He went on to have an impressive junior and amateur career, claiming multiple championships and titles along the way to turning professional in 2007. After a steady first few years, McIlroy had a successful 2010, placing third in both the Open Championship and the PGA Championship, and helping Europe to victory in the Ryder Cup.

After a shock collapse in the 2011 Masters, McIlroy redeemed himself with victory in the US Open with an impressive 8 shot victory. His last major championship victories came in 2014, when in a remarkable year he won both the Open and the PGA Championships. He remains one of the top golfers in the world and has held the number one rankings position for over 100 weeks throughout his career.

Time will tell if McIlroy will achieve further majors to add to his haul, but he remains a much admired figure in the sport and enduringly popular with fans. We’ve got some of his finest moments captured here in our range of Rory McIlroy photos, available for purchase right here at the Sport Photo Gallery. 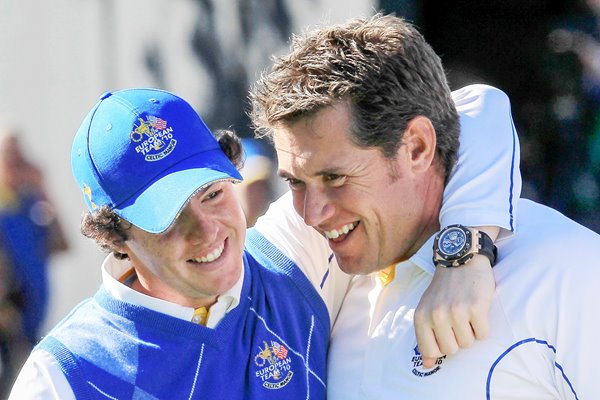