There are 11 images in this category.

Filters
View more View less
Widely considered one of the greatest golfers of all time, Ben Hogan is a legend in both golf and the wider sports world. His long career produced many memorable moments - immortalised here in our range of quality Ben Hogan photos.

Hogan’s career was anything but easy. After a tough childhood that included the suicide of his father than tough financial difficulties, he also had to endure both a prolonged break caused by WW2 and a near-fatal car accident which left him with severe and lifelong injuries. Despite these challenges, Hogan was able to achieve a list of records that would be incredibly impressive for anyone, but are scarcely credible under the circumstances.

In 1953, just four years after the accident, Hogan won five of the six championships he entered into, including three majors - the so called ‘Triple Crown of Golf’. It was a feat that would not be equalled for nearly five decades, until Tiger Woods won three in a single year in 2000. In total, he amassed nine major championship victories, placing him fourth in the all time pantheon.

Perhaps the finest striker of the ball that golf has ever known (and don’t take our word for it - that’s the opinion of golfing legend Jack Nicklaus!) Hogan was a massively influential figure. His technique was studied and copied by countless golfers, and even the modern game still bears his hallmarks - a truly remarkable achievement.

Ben Hogan remains one of our most popular sportspeople, and we stock a range of iconic Ben Hogan photos, available framed or unframed, for you to enjoy. 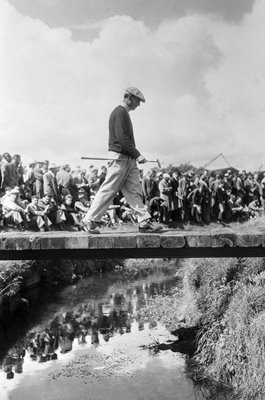 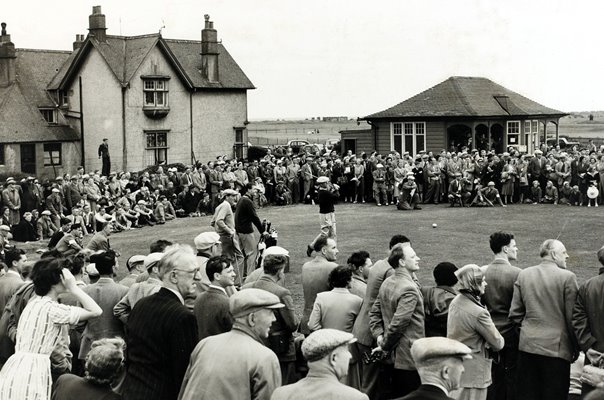 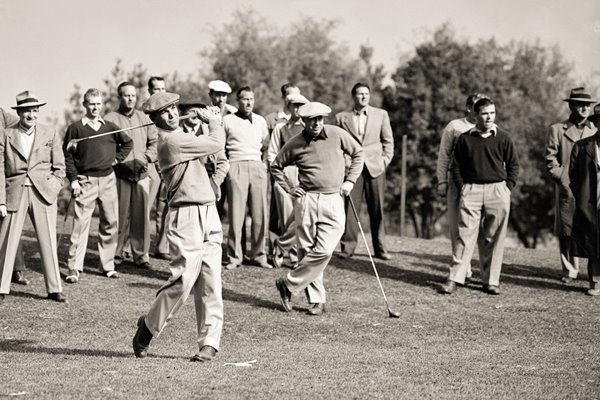 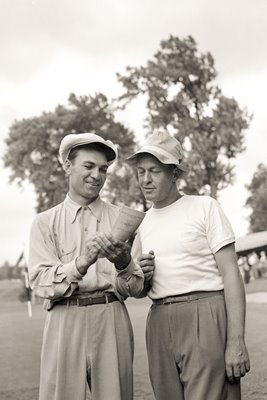 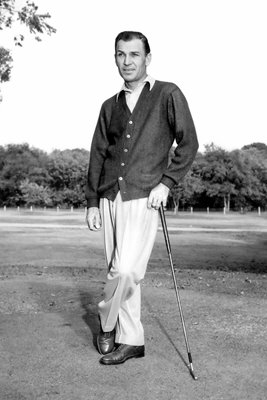 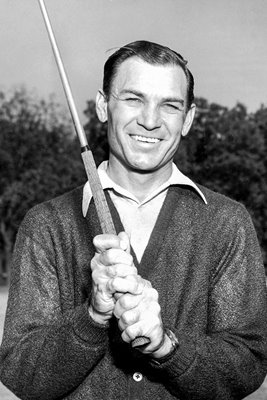 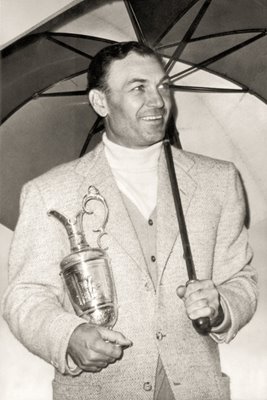 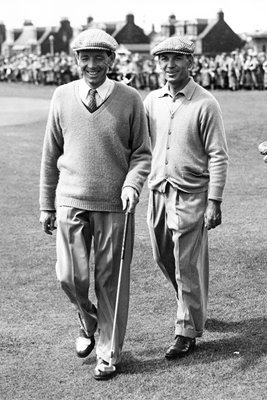 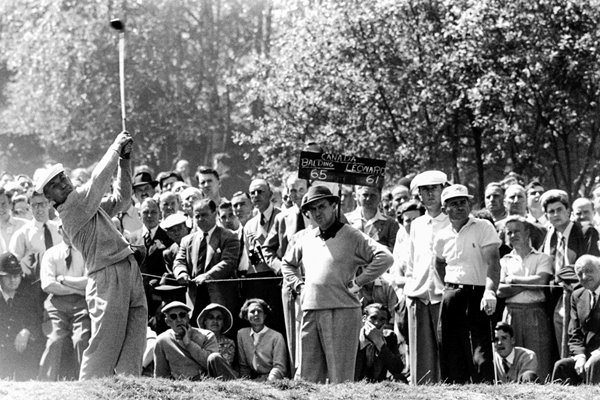 Ben Hogan of the USA 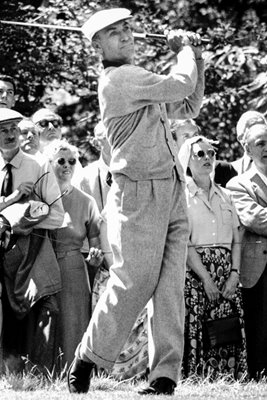 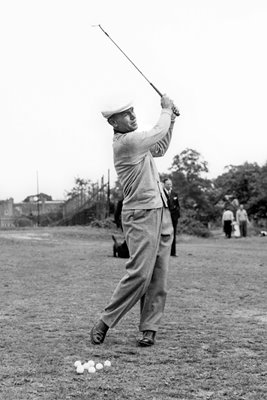