The Six Nations was born in the year 2000 when Italy joined England, Wales, Scotland, Ireland and France in competing for the annual trophy. Formerly known as the Home Nations Championship and the Five Nations, the latest iteration of the already prestigious tournament has only grown and grown in popularity in the last 20 years. Millions upon millions of Rugby fans around Europe and the world over tune in for the thrills, spills and sporting drama the Six Nations promises every year.

The pinnacle of the tournament is not simply topping the group at the end of the tournament, but doing so undefeated. This is what's known as a Grand Slam, and it's happened 10 times since the tournament evolved in 2000. Four of the six teams have managed this feat; France and Wales three times each, and England and Ireland both managing it twice.

After a thrilling opening weekend of the 2019 tournament, we look back at the 6 Nations Grand Slam winners since 2000, and celebrate some of the game's most iconic teams and legendary players... At the third time of asking, a team won the Six Nations Grand Slam. France emerged victorious after a flawless campaign, beating a very strong and high-scoring England side into second following a tense head-to-head in Paris. France edged out England 20-15 on the third weekend, and it set their side on the path to Grand Slam victory. France's fly-half Gérald Merceron was the top points-scorer for the tournament, scoring an incredible 80 points with both tries and conversions throughout the Six Nations. What an extraordinary year English Rugby had in 2003. The Rugby World Cup win later in the year has all but eclipsed the memory of this Six Nations Grand Slam win, and yet this tournament proved to be the beginning of an irresistible march to World Cup glory just eight months later. England won the Grand Slam for the first time since 1995, and would go on to beat both Australia and the All Blacks whilst on tour during the summer. All that excitement rather overshadows what was in fact an incredible finale to the Six Nations Championship in 2003 - England and Ireland went into their final match undefeated, with both a tournament win and Grand Slam on the line. In the end, England prevailed convincingly - they thrashed the Irish side 42-6! The elation of the squad - including stars like Jonny Wilkinson, Lawrence Dallaglio, Mike Tindall and England captain Martin Johnson - is fairly obvious in this picture of the celebration. Having won the Rugby World Cup just four months earlier, pre-tournament favourites England were surely the team to beat. And yet France - 4th placed in the World Cup - emerged not only victorious but Grand Slam winners in 2004. The final match of the tournament saw France face off with England, who had already been beaten by Ireland, but who were still chasing the win. France nicked an edgy win 24-21 in Paris, but England never looked like winning by the 8 point margin they needed to top the Six Nations table. The French team shut out the English, and capped an impressive tournament with a Grand Slam-worthy performance. For a fourth year in a row the Six Nations had a Grand Slam winning performance. In 2005 it was the turn of Wales to sweep the board. The Welsh side started off their Six Nations with an important win against England at the Millennium Stadium, which they edged 11-9. The side improved throughout the championship, with more convincing wins against fellow front-runners France in Paris and, on the final weekend, Ireland. The victory over the Irish sealed the Welsh team's first Six Nations Grand Slam, forever immortalizing players like Stephen Jones and then-rising-star Gavin Henson. Many of the players who had enjoyed Grand Slam success in 2005 had remained in the squad for the 2008 campaign. Having had a few years without a dominant team, Six Nations fans witnessed one of the most dominant squads ever. Wales won the tournament by only conceding two tries - beating the previous record of four. Shane Williams was the top try scorer for the tournament too - with an impressive six racked up - and became the record holder for most tries scored for a Welshman. Unsurprisingly, he won the Player of the Tournament title too! Ireland finally won their first Six Nations Grand Slam at the 10th time of asking. It was only their second Grand Slam in the long history of the tournament in any incarnation - they won their first in 1948 back when the tournament was the Five Nations. Led by Brian O'Driscoll - later named Player of the Tournament - the Irish team ground out tight, hard-won victories. They beat England 14-13 at Croke Park, coming from behind and then clinging on to victory in the dying minutes. The 17-15 victory against Wales at Millennium Stadium sealed the Grand Slam win for Ireland. They returned to a hero's welcome back in Ireland, greeted by thousands of fans at Dublin airport. In 2010 France became the first team to secure a third Grand Slam victory in the Six Nations. A convincing 33-10 win against defending champions Ireland on the second weekend marked them out as the tournament favourites, and a tight victory over England (12-10) in Paris secured the Grand Slam on the final weekend. A strong squad, France had Mathieu Bastareaud, Morgan Parra, Thierry Dusautoir and Imanol Harinordoquy all nominated for the Player of the Tournament award, although this was eventually handed to Tommy Bowe of Ireland. Just two years later, Wales matched France's feat of collecting three Grand Slam victories at the Six Nations. Captain Sam Warburton struggled with injury, missing the victory over Scotland, but did still manage to have a positive impact in the victory of England, earning himself a man of the match award. The problems weren't over for Warburton though, as he missed the second half of the final Grand Slam-winning match against France at the Millennium Stadium. Warren Gatland's men were strong in any case, with Leigh Halfpenny emerging as the tournament's lead point-scorer and Dan Lydiate as the Player of the Tournament. England finally followed up their 2003 Grand Slam victory with another in 2016. It was the first time in five years that England won the tournament at all, and they did so in style here - Owen Farrell was the leading point scorer for the tournament (69), and England won the championship with a game to spare. England sealed the Grand Slam with victory in Paris on the final weekend however, vanquishing the French side 31-21 with tries from Danny Care, Dan Cole and Anthony Watson. This picture of the winning moment, really says it all! Last, but by no means least, Ireland were the last team to secure a Grand Slam victory at the Six Nations. It was also, of course, only their third ever Grand Slam. Like England in 2016, they had already secured victory in the championship before the final weekend, but managed to seal the Grand Slam with a victory over England at Twickenham in one of the greatest sporting moments of 2018. At the age of just 21, stand-out player of the tournament and top try scorer Jacob Stockdale also secured the title of Player of the Tournament too.

Want to see more iconic Rugby posters? Sport Photo Gallery has an extensive collection of stunning Rugby pictures for you to purchase online. Check out the collection today! 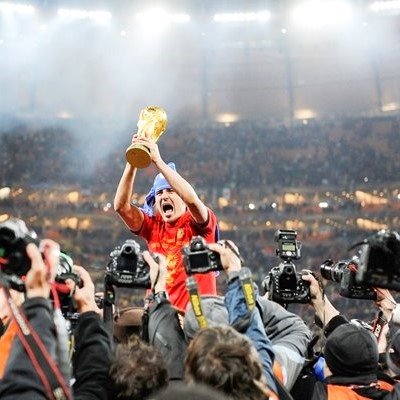